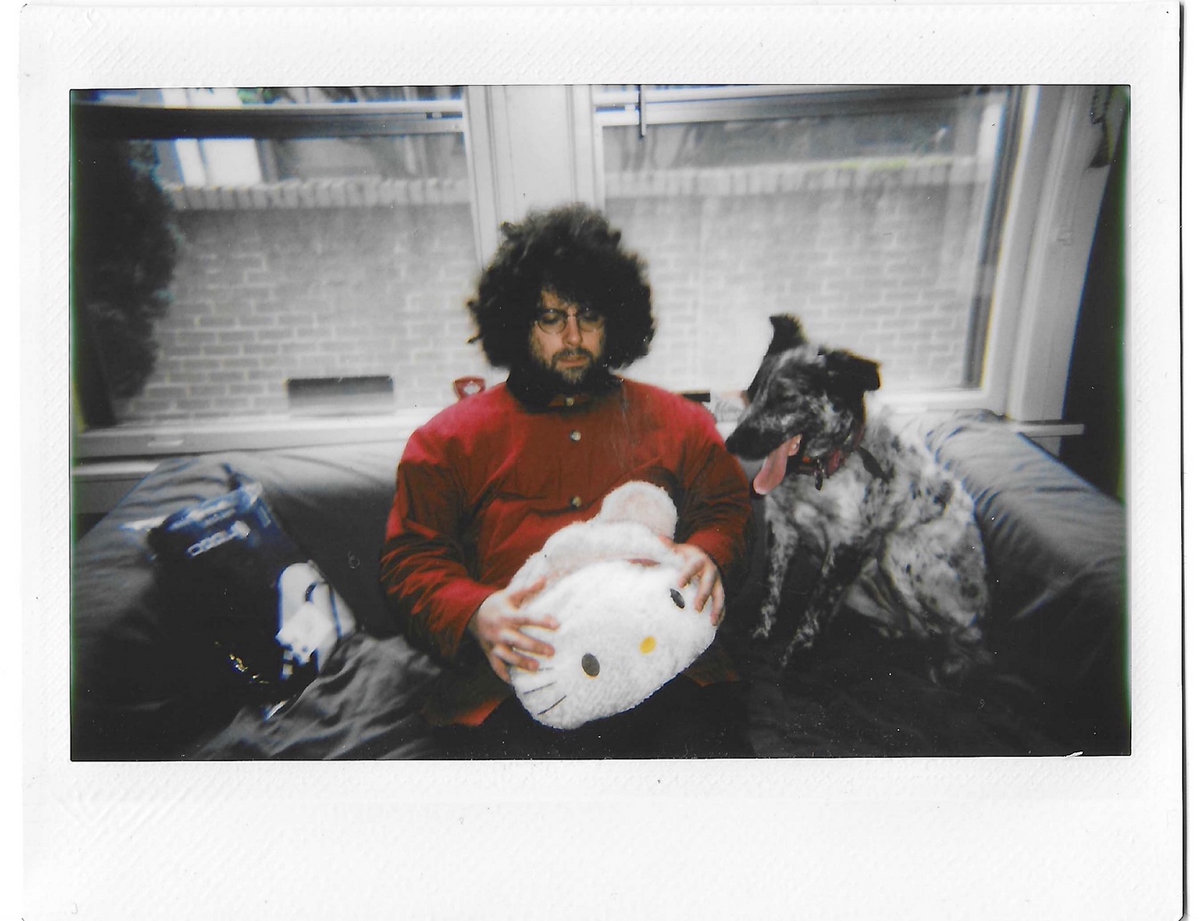 Natural Beauty took me fucking forever to track. I got an insane discount at the studio where I recorded it, which was awesome, but the catch was that I had to record there on the off-hours, which were usually 8pm to midnight. For pretty much all of 2018 and the beginning of 2019, I was going there once every other week or so to make this album. I would get off work, have a couple of hours to kill, and then schlepp over to deep SE Portland where the studio was located and work on the record into the night. My mom’s Kia Soul was perpetually packed to the gills with shit: guitars, tambourines, a pump organ, or whatever other cumbersome, steampunk-adjacent instrument I was monofixated on that week. They were really, really long days, and I honestly don’t think I have that kind of endurance anymore.

I remember listening to an interview with Roger Joseph Manning Jr.—who played in one of my favorite bands, Jellyfish, and who helped me arrange some strings and horns for my second LP, Exposure & Response—where he said something to the effect of, “Nobody could make a record like Jellyfish’s ‘Spilt Milk’ today, because no label wants to give an artist that much money and time to realize their ambition.” This was sort of a “challenge accepted” moment for me, where I wanted to make a record like that on my own terms. I don’t think it’s even in the same ballpark, of course, but it probably took me a few thousand dollars max to record this album, and I’m pretty sure ‘Spilt Milk’ cost hundreds of thousands of dollars.

Still, this was really the first time I made a point to indulge every terrible and time-consuming studio rat impulse. I remember fretting over what beat the shaker was emphasizing on one song and obsessively melodyning bass notes that were a few cents out on another. There were a total of nine acoustic guitar tracks on every full-band song—nylon string, steel string, and steel 12-string—that were eventually bounced to a single stereo track in mixing. Most of these songs contained over 100 tracks before they were sent to mixing.

Comparatively, I wrote most of the songs that appear on Natural Beauty in a matter of months, and there’s sort of a first-draft-best-draft intensity that I think got buried in the morass of texture. I’ve long wanted to release stripped down versions of these songs for that reason, but wasn’t sure how to go about that. iPhone demos? Hi-fi acoustic rerecordings? In the end I decided to do this: seven songs with only the basic acoustic tracks. (I don’t know where the stems are for the other, full-band ones, unfortunately.) I had a newfound confidence as a pianist towards the end of making Natural Beauty, which I think is reflected in these acoustic mixes. You can also hear my painstaking violin and viola arrangements, which also kinda get lost in the regular mixes. Making this album was really important for my development as an arranger and producer, especially—but yeah, I never want to make an album like it ever again. Anyway, that’s enough navel-gazing. Enjoy!

Alcopops is the latest project from Portland punk veterans, singer-songwriter Leland Brehl and drummer Ben Burwell, joined by new bassist Simon Miller. Last year, on the eve of the pandemic, the duo released their debut LP Simulator, a sterling collection of noisy power pop indebted to Superdrag, Yuck, and the entire Creation Records catalog. The group’s forthcoming Devil EP delivers on the promise set by Simulator, and fortunately comes at a more opportune time.

Though still very much a noisy, melodic rock record, Devil EP finds Alcopops sounding freer and less constricted than they did on Simulator, thanks to an increased recording budget. Brehl’s pining pop is offset by an earnest turn of the millennium nü-rock influence—and the synthesis has never sounded this organic or seamless. After having a year and change to introspect, many artists are trading conventional indie rock instrumentation for synthesizers and “soundscapes.” By contrast, Devil EP is the sound of a band doubling down on guitar rock. It’s what Alcopops does best, and they’ve never done it better than this.